Standing together in a time of treason

full speech transcript can be read at NPR

OBAMA: I believe in Nelson Mandela’s vision. I believe in a vision shared by Gandhi and King and Abraham Lincoln.

I believe in a vision of equality and justice and freedom and multi-racial democracy. Built on the premise that all people are created equal and they are endowed by our creator with certain inalienable rights. ⠀

The fact that the world’s most successful and prosperous societies — the ones with highest living standards; and the highest levels of satisfactions among their people — happen to be those which have most closely approximated the liberal, progressive ideal that we talk about.⠀

Hope inspires. One of Obama’s greatest talents is his ability to paint a picture that inspires hopes and reminds us of the best versions of ourselves.

The next phase of our constitutional crisis will require us as Americans to join together to defend our ideals and our country. America was attacked (as were other other countries) and it will be up to us — the everyday people — of this country to stand together in our ideals of liberty, justice & democracy for all. (If you are unfamiliar with the cyber attacks, the Senate Intelligence Committee hearing on social media misinformation by foreign actors is a good place to start.)

As the details emerge of how the enemies of democracy utilized media (social and main stream) to intentionally amplify echo chambers and target individual voters with propaganda, we must remember the most basic of facts. We are all imperfectly human and thus worthy of dignity and respect. We all share the same desire to be seen, to be heard, and to provide for those we love.

Some people learned the details of this plan earlier than others. We must not hold that against those that are now awakening to the situation we find ourselves in. We must utilize our compassion and extend it generously towards each other as we awaken to how democracy can be subverted by manipulative opportunists. These attacks will not be where America's story ends.

Here’s what gives me hope. Every generation has the opportunity to remake the world.

Young people are capable (when aroused) of bringing down the towers of oppression and raising the banners of freedom.

For the first time in a generation, we are getting an overflowing helping hand from lady justice. We can use that momentum to stand together for freedom and tear down the systems of oppression that enabled these characters to assemble power. We are the ones we’ve been waiting for. 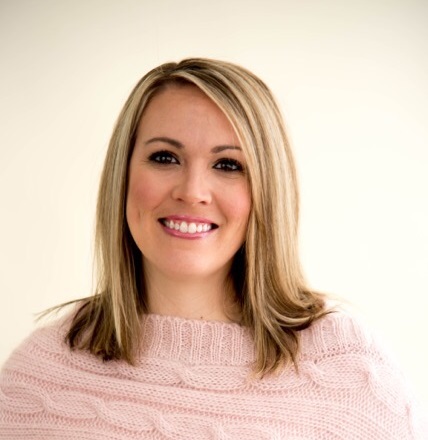 Women must take power to create a government where equality is the norm
Unless women really do take power in the legislature, in courts, in C-suites, in every aspect of life - nothing will ever, ever change.
Reflections on this decade and the '20s ahead of us
Our task in 2020 and beyond is to guarantee our nation’s truths as rights for all people and materialize our ideals for every single citizen.
Best Books of 2019
From a one volume history of the United States to a plan to reverse global warming and back to understanding the shadow network funding the information war, 2019 was full of turns.
Best Books of 2018
My favorite reads of 2018 covered a variety of topics ranging from understanding power dynamics to emerging leadership models and startup strategies.
Best Books of 2017
I made a 2018 suggested reading list on Amazon to house the books that informed my thinking this year so you can easily look them up.
Freedom, or the illusion of it
Are we really free if our economic policies reward wealth over work and benefit a few?
There is nothing radical about moral clarity in 2018
For the majority of my business career, there's been one main pattern of leader. Look through the business section in any bookstore and you can see what that pattern has been: Drucker, Covey, Collins, Carnegie.
Are you chasing away tech talent through your job postings?
Talented candidates have their pick of the litter. Here's how you can communicate clearly that your company is a great place to work.
Rural America's backlash on Tech
68% percent of Americans do not have a bachelor’s degree. Do policies designed by educated elites alienate them?
Moving Forward in 2017
Figure out what county precinct you live in and go to your next neighborhood meeting. Your civil rights won’t remain rights unless you choose to get involved.
The Power of Representation in Movies
Recognizing the coded language of demonizing strong women
What demonizing strong women sounds like.
Cracks in the cement ceiling
100+ women are headed to Congress. So proud. And relieved. And inspired.
Lets Work Together
START A CONVERSATION